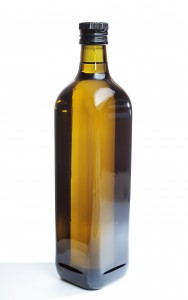 Dentists often recommend that patients swish daily with mouthwash to keep the mouth fresh and kill any bacteria left over after brushing the teeth. A method originating in India, however, claims that swishing different types of oil can accomplish all this and more. The term is called “oil pulling.”

Before you say “EWWW!” let me explain how the process works (then you are free to say “EWWW!” if you so desire).

The Claims of Oil Pulling

Dr. F. Karsch is a major proponent of the technique, saying it cured him of arthritis and a blood disease. Writer Bharat Savur discusses Dr. Karsch’s findings in an article entitled “Oil Gargle a Day…” in The Hindu Business Line:

The first sign of improvement is in the teeth-they become firm and white, he says. Other healing indications: fresh, relaxed feeling on waking up, disappearing dark pouches below the eyes, a new appetite and energy, better memory and deep sleep.

Dr Karsch swears by the mouth oil-wash for anything from organ disorders, skin diseases, menstrual problems, paralysis to every ache and it is in the human anatomy. You can [swish] even when you have fever, he says, adding, it takes anything from two days to a year to cure a disease.

Dr. Karsch found microscopic bacterial organisms in the liquid after he swished and spit it out, indicating removal of bacteria from the body. Incidentally, he strongly warns against swallowing the liquid after swishing as it has become “poisonous.”

Vegetable oils contain several important vitamins, so the body is able to absorb those vitamins without ingesting the fatty oil. Proponents of oil pulling say that different areas of the tongue are connected with different organs. Supposedly removing bacteria from the tongue heals those parts of the body as well.

How to Swish with Oil

Unlike Listerine, 60 seconds of swishing is not sufficient. This process continues for about 20 minutes. These instructions explain how to swish appropriately.

Proponents say you can do this up to three times a day for ultimate detoxification.

Is Oil Pulling a Legitimate Treatment?

Many people say it works beautifully for them, and people post on forums about how it has made them healthier and even healed their teeth and gums.

It brings up a lot of questions for me, however. Not that home remedies never work, but it has little scientific backup, and it mentions in this article from Earth Clinic that worsened symptoms are an indication that the ailment is being cured.

While science needs to probe into this phenomenon, the anecdotal data is compelling. Besides, it’s a great way to exercise drooping cheek-muscles.

Mere anecdotes and lack of scientific research sure sounds compelling to me… It may have worked for some people, but I’m curious as to the scientific aspect of oil pulling. For now, I think I’ll pass.

Have you ever heard of this technique? Would you try it?