Updated: 2/6/2020 Fast food. We all have a love/hate relationship with it. We love how easy, convenient and good it is, but it has one blatant flaw: it’s not healthy…. 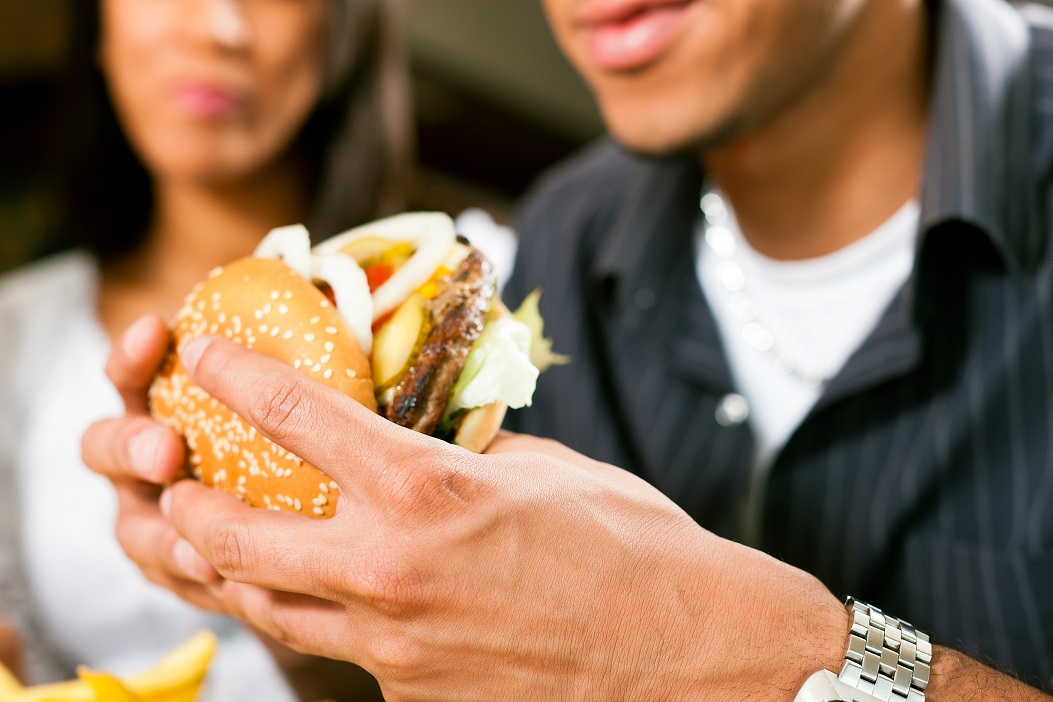 Fast Food and Your Health

Fast food. We all have a love/hate relationship with it. We love how easy, convenient and good it is, but it has one blatant flaw: it’s not healthy. In fact, eating fast food can have severe negative effects on cholesterol, heart health and blood pressure. But why exactly is fast food so bad for you? Are there ways to still eat fast food but avoid the health risk? Keep reading to find more about how fast food affects your health and how you can decrease the risk.

Most people are aware of the fact that fast food is unhealthy but are unclear as to exactly why it’s so bad for you. To help bring some clarity, the Canadian Journal of Cardiology did a study to show the exact effects of fast food on our health.

The study involved 28 non-smoking, healthy men between the ages of 18 and 50. It compared the effects of fast food to a Mediterranean-based meal. The men were first given the Mediterranean meal after fasting for 12 hours. The meal consisted of salmon, almonds, and vegetables baked in olive oil. After a week and another 12 hour fast, the men consumed a fast food sausage, egg and cheese muffin sandwich and three hash browns.

The function of the men’s blood vessels was measured after each 12 hour fast, and again every two and four hours after the meal. The results showed that the men’s arteries were 24% less dilated after consuming the fast food meal than when they were fasting. This means that the likelihood of blocked blood flow in the arteries greatly increased after eating just one fast food meal.

Take a look at this infographic from healthline.com on the toll fast food can take on the body.

Additionally, there are three main reasons why fast food is so unhealthy:

The average person should consume about 2000 calories a day, eating about 400-600 per meal plus a few healthy snacks in between meals. Fast food contains a lot more calories than a normal meal. One fast food meal typically contains about half of the recommended daily calories. For example, a McDonald’s Big Mac has 550 calories. Add to that a small French fry for 230 calories, and a medium Coke for 210 calories, and that one meal consists of almost 1000 calories. Because it has so many extra calories, you’ll want to eat fast food sparingly and in moderation to minimize health risks.

While sodium is essential to living, too much sodium can have negative effects on health such as high blood pressure, obesity and osteoporosis. The recommended daily intake of sodium is 1200-1500mg, but many fast food items nearly contain those amounts by themselves. The Big Mac contains 970mg of sodium and a small fry contains 160, nearly adding up to the entire daily recommended amount of sodium in just one meal.

Some fat is essential for good health. However, there are two types of fat – saturated fat and a type of unsaturated fat called trans fat – highly present in fast food that have negative effects if too much is consumed.  Both types of fat can lead to increased cholesterol levels in the blood. High cholesterol can contribute to problems like heart attack, stroke, or cardiovascular disease.

While most fast food is unhealthy, many restaurants have added some alternatives to their menu to promote a healthier lifestyle. For example, some places now offer fruit cups instead of French fries or milk instead of soda. Even if there are limited options for healthy choices, there are still some measures you can take to help make your meal less of a health risk. 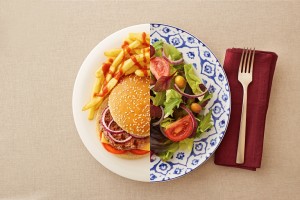 Though many fast food chains should be frequented in moderation, some are healthier than others. In March 2009, Health Magazine released a list of what they believe to be the healthiest fast food chains:

Surprisingly, even McDonald’s made the top 10 because it offers several healthier choices like grilled chicken or fruit instead of fries. This just goes to show that any fast food can be made healthier depending on your choices.

While fast food can be detrimental to health, it doesn’t need to be avoided completely. As long as it’s eaten in moderation and your lifestyle is otherwise healthy, fast food will have minimal effects on your health. To learn more about how fast food may be affecting your well-being, talk to your doctor.

What’s your favorite healthy fast-food choice? We’d love to hear your thoughts in the comments!