Updated: 2/21/2020 The American Lung Association (ALA) found 40 states grimly lacking in their efforts to curb smoking via specified programs, according to a new report. In general anti-tobacco efforts,… 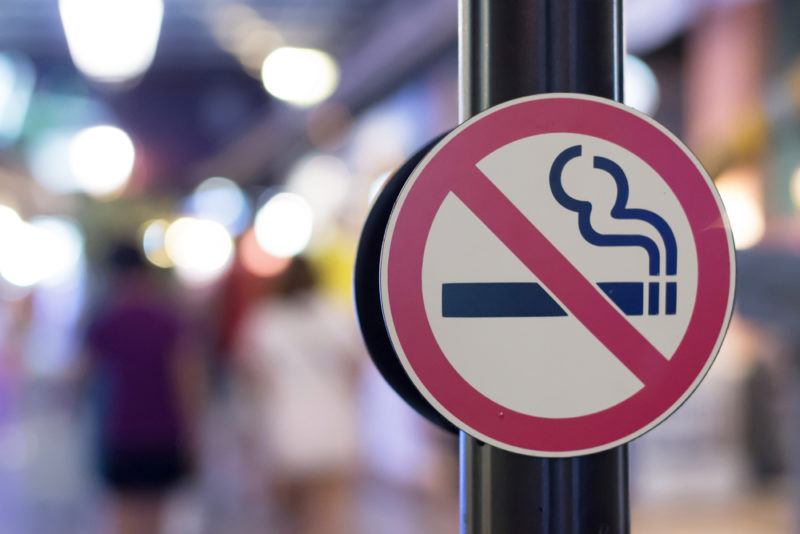 The American Lung Association (ALA) found 40 states grimly lacking in their efforts to curb smoking via specified programs, according to a new report. In general anti-tobacco efforts, 45 states failed based on the ALA’s standards. Only 5 states passed the full test, and one of those barely passed with all D’s.

There has been a shift in public thinking regarding tobacco use, and advances have been made on treating tobacco-related illnesses, but poor momentum on the front end reveals the need for national and state governments to ramp up their prevention efforts.

A HealthDay News article on Health.com breaks down the issue. The ALA assigned grades on both national and state-wide levels for categories like:

The article mentions that some of the failure may come from misuse of allotted funding:

The report faults states for using revenues from tobacco taxes and the tobacco settlement money to balance their budgets instead of using that money to fund anti-smoking and quit-smoking programs. In addition, only six states raised tobacco taxes last year.

No state earned straight A’s in this “report card,” but the following states managed to pass:

These states “failed” miserably, receiving not a single grade above F:

Kansas was the only state to add a strong smoke-free air law this past year, making it the 27th state with such laws.

Smoking is the #1 cause of preventable death, with more than 400,000 people in the U.S. every year dying of illnesses directly related to tobacco use and even secondhand smoke. This includes oral cancer, for which tobacco use is a common cause.

The American Cancer Society estimates that in 2010, approximately 35,000 Americans will have been diagnosed with oral or pharyngeal cancer. It caused more than 8,000 deaths last year, approximately one per hour. This rate has not really improved in several decades, according to The Oral Cancer Foundation. The death rate for this cancer is higher than that of many other familiar cancers .

The FDA has taken great strides in banning and enforcing tobacco stipulations. Smoking now carries a negative connotation for much of the public, but tobacco companies have become even more creative in their marketing ploys, even targeting children. In light of these “report cards,” the ALA encourages state governments to put more effort into regulating tobacco use and mobilizing their prevention efforts.

What do you think about current tobacco laws and initiatives?’

Effects of Oral Cancer and Prevention Through Affordable Dental Care