Updated: 2/24/2020 The Allcare Dental & Dentures corporation shut down unexpectedly on Monday, Jan. 3. Patients arriving for treatment were greeted by signs on the doors with no prior notification… 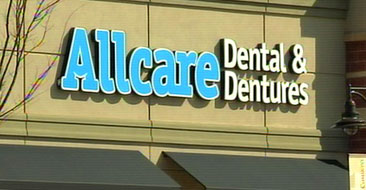 The Allcare Dental & Dentures corporation shut down unexpectedly on Monday, Jan. 3. Patients arriving for treatment were greeted by signs on the doors with no prior notification of the shocking news. Employees were notified just as suddenly with a phone call, and now hundreds of employees are beginning the new year with a job search.

The company’s bare-bones alternate website says their doors are permanently closed. They said that they didn’t give patients any notice because both their computer network and phone system were abruptly shut down by the network provider. Their former website was also shut down. They stated this reason for the stunning news:

The reason for the closing is because the business became severely cash constrained and had no way to continue to operate going forward.  Allcare was confident in their financial plan to avoid this situation.  The plan was to wind down underperforming offices while at the same time raising capital from an equity group.  However, the projected closing date for that equity deal was missed and the company did not have the time it needed to get to a closing with the capital group.  Bridge financing was attempted to fill the financial gap but there was no success with obtaining that.

Experts predict the company will soon file for bankruptcy – leaving patients with little hope of getting their money back.

Allcare Dental had office locations across the country, so this has affected thousands of patients. Patients who prepaid for treatment can contact their local attorney general, but some authorities warn former Allcare patients to not get their hopes up. There is little chance that their money will be returned to them, some authorities say. Many patients have said they were waiting for their dentures to come in and now remain unable to even eat properly.

The Allcare website says the company is working to transfer patient records to nearby dental offices. Now, 2 days after the closure, patient records from offices in only one city have been fully transferred: Boardman, Ohio. The Allcare website says they’re also working on offices in Iowa, North Dakota and New Hampshire, as well as parts of Ohio and New York.

According to several complaint forums, employees were told on Dec. 17 that offices would be closed for the holidays and would reopen Jan. 3. Employees said they had to scramble and notify patients of this sudden change, reassuring them that their appointments would be rescheduled for January.

Former Allcare employees have been apologizing profusely on many online forums and trying to assure patients that they had no foreknowledge of the impending closure.  Many said they were notified on New Year’s Eve, just 3 days before everything shut down.

Hopefully more information will soon be revealed about the cause of this decision. Until then, Allcare patients with dental emergencies should visit another local dentist or go to the emergency room.

For more information on an affordable dental insurance alternative to help with these costs, visit 1Dental.com.

What do you think about the situation?