Updated: 2/5/2020 Brushing your teeth is obviously good for your oral health because it rids your mouth of bacteria that could cause decay or disease. But the benefits of brushing… 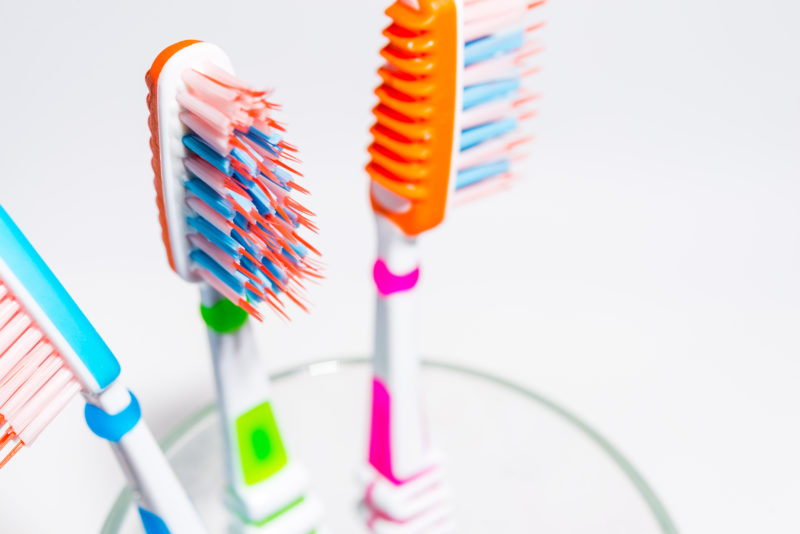 Brushing your teeth is obviously good for your oral health because it rids your mouth of bacteria that could cause decay or disease. But the benefits of brushing extend beyond just dental; there are many health benefits of daily brushing, too. Brushing your teeth regularly can help improve memory, heart health and more!  Keep reading to find out how daily brushing can improve more than just your oral health.

Brushing your teeth sends a message to your brain that meal time is over. This will help you avoid mindless eating that may be damaging to teeth or otherwise detrimental to health.

2. Have a Healthy Baby

A 2007 study in the Journal of Periodontology online linked gum disease with pre-term low birth weight. The study examined 450 women. The women were split into two groups: 122 healthy and 328 with gum disease. All but 62 of the women with gum disease underwent treatment. After the women had given birth, there was found to be no significant difference between the groups of healthy women and those treated for gum disease. The babies of the 62 untreated women, however, were found to have a 79% greater chance of pre-term low birth weight.

Oral infections and diseases raise the risk of respiratory disease, according to a 2011 study in the Journal of Periodontology. The study consisted of 200 people, half of whom had been hospitalized with a respiratory disease such as pneumonia or bronchitis. The other half had no history. The study found that the half affected by respiratory disease had worse periodontal health than the control group. The conclusion from this study is that pneumonia is caused when bacteria get trapped in the lower respiratory tract, so having a clean, bacteria-free mouth can help prevent these diseases.

In 2010, researchers from the NYU College of Dentistry reviewed data that had been collected over a period of 20 years. The data included information about 152 subjects ages 50-70. It was found that those subjects, who were later diagnosed with Alzheimer’s, had a much higher level of antibodies and anti-inflammatory molecules that are associated with gum disease in their plasma. It was also found that those who had a periodontal infection were nine times more likely to make a lower score on an IQ test than those who were healthy.

Daily brushing has also been associated with a lower risk of developing dementia. An 18-year study by the Journal of the American Geriatrics Society found that out of 5,468 people with an average age of 81, 1,145 of them eventually developed dementia. It was found that those who didn’t practice daily brushing had a much higher chance of getting dementia – 65% higher for women and 22% higher for men.

Another study by the Journal of the American Dental Association in 2007 did a similar study linking tooth loss and dementia. It was found that those with the least amount of teeth were at greater risk of getting dementia.

The American Journal of Medicine found in 2012 that older adults who get thorough dental cleanings have a lower risk of heart attack. The study consisted of individuals aged 50 or older, 10,887 of whom had had undergone gum therapy at least once in the year 2000, and 10,989 who had not.  After a 7 year follow-up with the subjects, it was found that the group who had received therapy had a significantly lower incidence of heart attack and other cardiovascular problems.

The same study also found a lower incidence of stroke in the subjects who had at least one tooth scaling. The researchers concluded that gum therapy such as a tooth scaling is associated with lowering the risk of stroke.

Brushing and flossing regularly is an integral part of not only oral health but overall health as well, as a decline in dental condition can affect the rest of your body. For more information about the effect of oral health on overall health, check out this infographic.